Judging at a typical disc dog toss & fetch events is generally straightforward and objective: the field is lined so zones and out-of bounds are distinct, and where the dog lands is usually obvious. Also, the judges tend to be impartial and disc doggers, who are competing as individuals, keep a close watch.

In K9 Frisbee Toss & Fetch League, judging tends to be a little looser: lines are not required so close calls tend to be a little more flexible; as Club members, judges can be biased for their Club. That’s OK – Toss & Fetch League’s philosophy is we want everyone to be as successful as possible and “when in doubt”, close calls should favor the player.

Even so, we want to keep judging as fair, standardized and honest as possible amongst all the Clubs in the League.

With that, here are some guidelines for judging Toss & Fetch League play:

Position 3 Judges on the Field: Two sideline judges and a line judge. 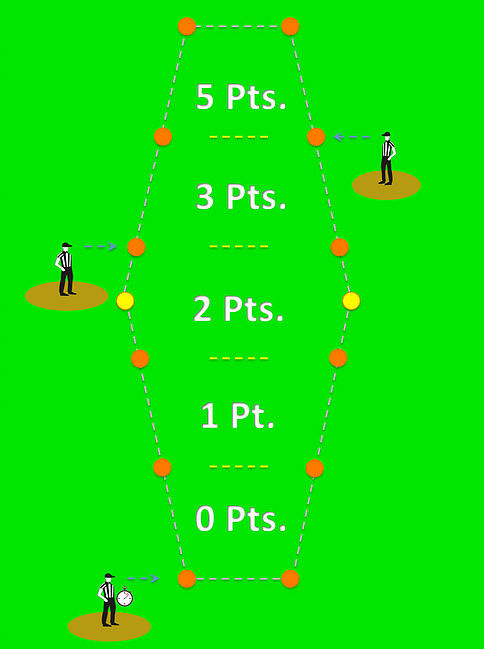 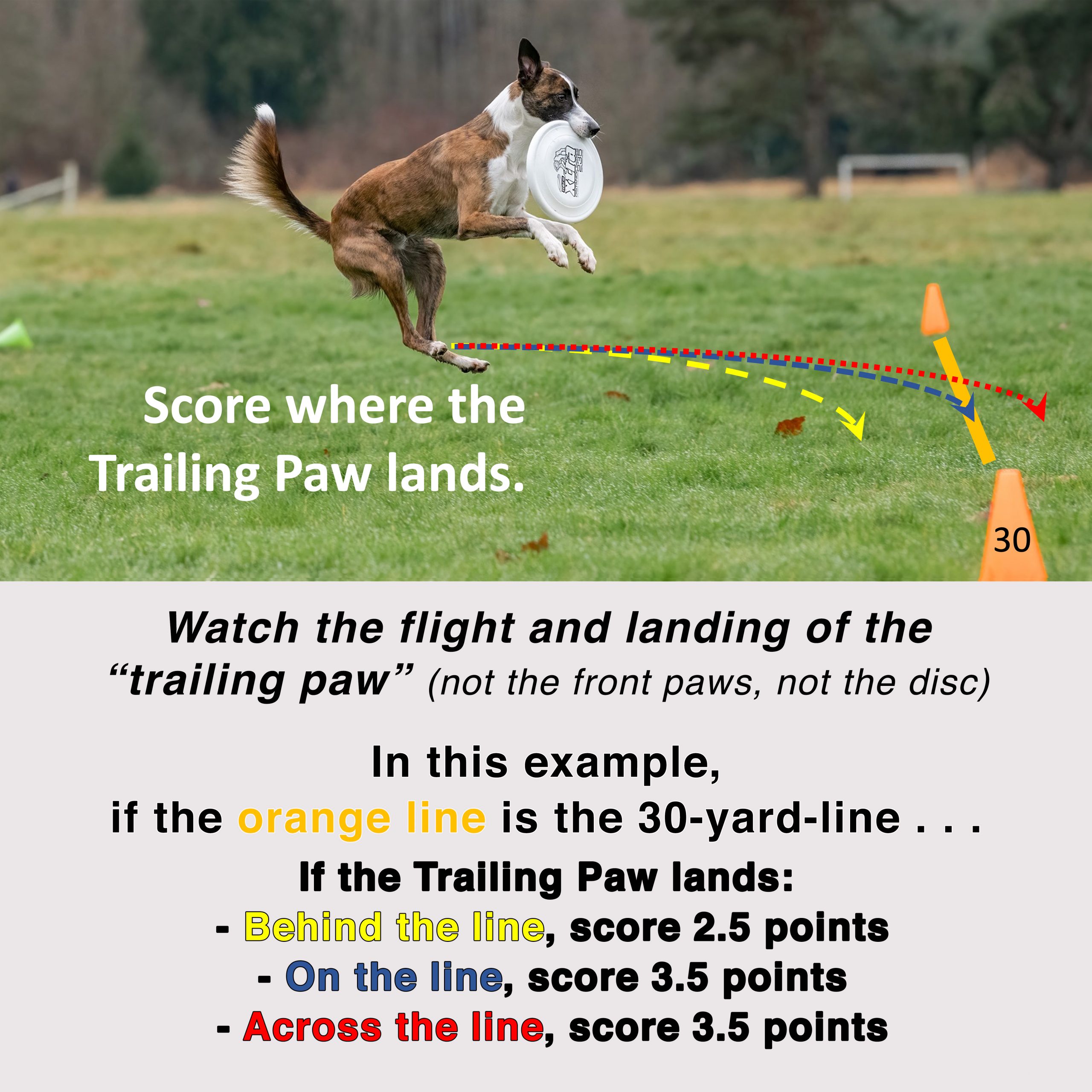 The Line Is Your Friend Rule

Toss & Fetch League follows “the Line is Your Friend” rules whereby Teams score Points for each successful catch based on where the dog’s trailing paw lands for each catch.

A ½ Point Air Bonus is awarded when a dog leaps UP to make a catch with all four paws clearly off ground. This is one of the trickier components to judge – sometimes it’s obvious, sometimes it’s a judgment call. Be fair, be consistent.

The key to judging this is to watch the back paws. If, at the moment of the catch, there's even a sliver of daylight between the back paws and the ground, award the Air Bonus.

Keep it Fun and Lend a Hand
That’s about it. This is an easy game.

And, while it’s the Club Captain’s job to oversee, verify and validate the judging, because they’re the ones who report the scores, all Club members who help with judging also need to be vigilant, fair and honest.

In fact, we recommend that all Club members take turns, pitch in and help judge. Take a minute to learn the rules (that's about all the time you'll need), jump in and judge now and then – your Captain will appreciate it. 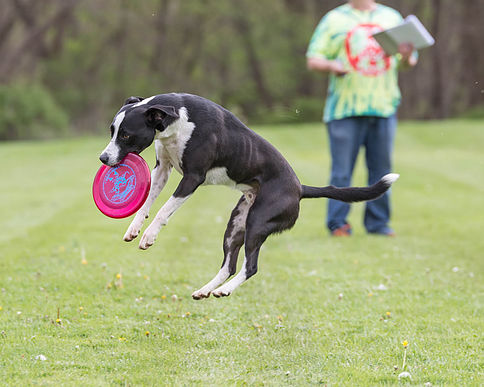